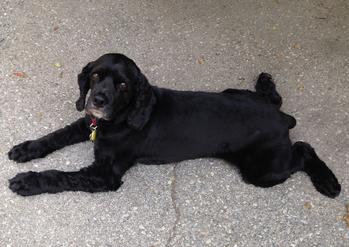 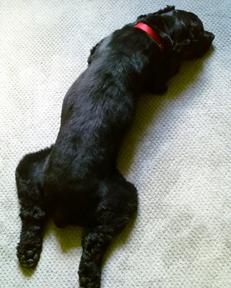 I was taking one of my family out for a walk when we ran into my friend Alice at the playground behind the library.  Alice showed us the empty Gatorade bottle she'd found and explained that it was for Bob.  I didn't know Bob.  So we followed Alice to the church on the corner.

A few of my friends were sitting on the steps, in intense concentration.  On one of the steps was a bee (this was Bob).  Bob wasn't moving, but they weren't sure if he was dead, injured, or simply tired.  One person was nudging him gently with a stick.  Another had a straw and was blowing on him gently.  I took one sniff and knew.  Bob was gone.  He was gently placed in Alice's Gatorade bottle.

They found another bottle and picked some flowers for Bob, and placed both bottles on the steps of the church.  Rest in peace, Bob.

The next day I went by, and Alice told me that someone had stolen Bob's flowers!  What's the world coming to, when someone would steal a bee's funeral flowers? 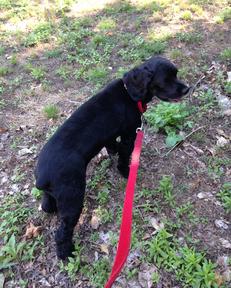 She's Not My Mother!

I was taking one of my family out for a walk.  We'd just passed the car wash, and up ahead I saw a young girl riding her bicycle across our path.  As she did so she called to someone behind her, "She's not my mother!".

When we got to the street, I heard some say "Hey, Sam!".  It was my friend Daisy, who'd been riding the bicycle.  We got caught up on things and then I walked back with her.

Another girl was standing by the door of one of those kids' centers.  She and Daisy had quite a conversation, mostly about what Daisy should (and should't) be doing.  But it always ended with Daisy saying "She's not my mother!"

I was taking one of my family out for a walk, leading as I always do, and it occurred to me that there is another benefit to the family from these walks:  they've become experts in spaniel fannies.  It is not to be undervalued.  I've been told that the Scouts have a badge, the SFA, just for this.  Usually it's only those in the top ranks who qualify as Spaniel Fanny Afficianados. 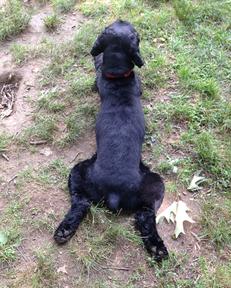 The most important thing about your family is not to spoil them.  They can easily forget who's lord and master in the relationship.

And if you haven't had a family before, remember that they need lots and lots of walks.  It's usually best to lead the way, so that they don't get lost or go somewhere uninteresting. 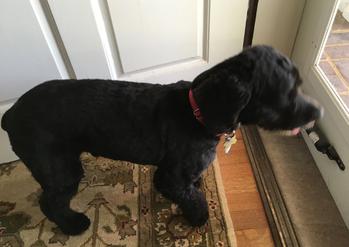 Have you ever heard the phrase "Blue Bottom Spaniel"?  Did you wonder where it came from?  Well, I can clear it up.

I was taking one of the family for a walk and noticed one of my friends playing in front of her front door.  I trotted up the sidewalk, and what do you think she was doing?  Drawing pictures of the Minions in chalk!  They were really good, too.  First there was Kevin, then Stuart, and it looked like Bob (my favorite) after that.  I moved up a little closer and then sat down.  It was indeed Bob, though he didn't have his teddy bear.

It was only when I got up and trotted off that I noticed I'd been sitting on her drawing of Kevin.  In particular his pants.  His blue pants.

And now you know.

I found out that I'm not only a cocker spaniel, but also a special kind of dog called a "Tucker".  The vet told me.

I was standing on the examining table, clamped in a body hold by one of the family members.  The vet came up from behind to take my temperature and said "This one's a Tucker!".  Take that, AKC.

Can't say I really wanted my tail docked, but when it happened they did me a favor.  It's just long enough to tuck down and block the vet, but not so long that she can get a good grip and lift it up.

Tell me you're not jealous.

I was taking one of the family out for a walk, when it occurred to me how much I like to explore.  I've always been an explorer.  It's part of who I am.  Not many people know that spaniels were instrumental in exploring North America.  One of my ancestors, Boone, was one of the first explorers of the Ohio River valley.  That's why you probably recognize the name:  Spaniel Boone.

Now let me tell you about my ancestor Webster.... 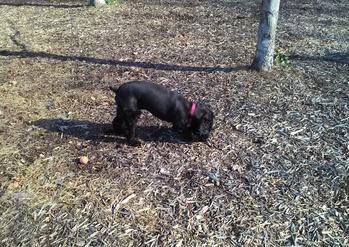 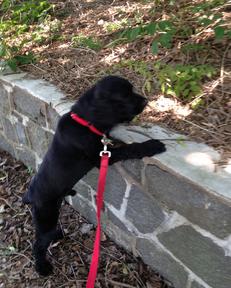